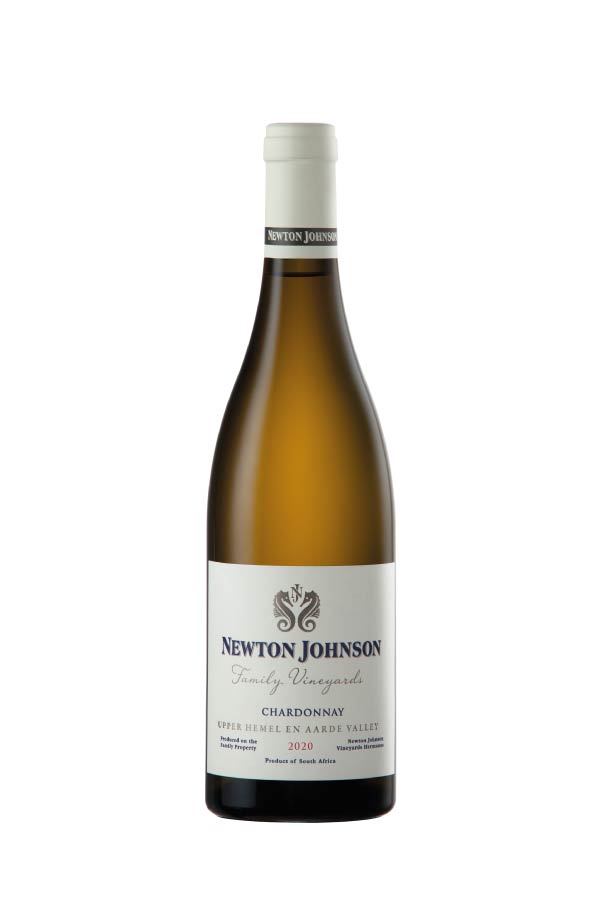 Newton Johnson truly is a family run estate; founded by Dave and Felicity Johnson (née Newton), and currently headed up by their sons Bevan and Gordon, who are in charge of their marketing and winemaking respectively.

Whilst Newton Johnson’s portfolio is host to a range of different wines and cultivars, they are preeminent Pinot Noir and Chardonnay specialists. This is their flagship Chardonnay, and it is absolutely delicious.

Grapes are sourced from three vineyards on the property; one is south-facing, which adds racy acidity to the wine, the other two are north-facing, which offer slightly riper fruit for weight and texture.

The result is a superbly balanced and complete wine; expect aromas of citrus, oatmeal, peach and roasted nuts.

‘Chardonnay is compelling when it has energy, giving you an impressionists’ experience of natural light. It is an elusive quality that great wines share despite the versatility of the variety. It is more of a winemakers’ wine where observation pays off, and though it easy to make, in contrast it is surprisingly easy to muddy the message from the vineyard.

The Family Vineyards Chardonnay is comprised of three vineyard sites from the farm, widely varied in their exposure to the sun. The vibrancy, clear cut structure and long flavour we perceive from these granitic slopes is our safeguarded jewel. This well-drained, gravelly soil of mostly quartz, pink feldspar and mica on the lower part of the slope reaches down to deposits of clay. Clay adsorbs water and high concentrations of trace elements for the increasingly complex activity of soil microorganisms, which all contributes to the building blocks of the wine’s crystalline flavour profile. Our south facing Chardonnay vineyards produce edgy and agile wines with nervy acidity, while the north facing slopes are more lustrous wines, delivering weight without being heavy, layering the structure. A natural approach in the winemaking will ensure a complex array of characters in this wine.’

2020 VINTAGE
Growing Season & Harvesting
An unprecedented vintage with remarkably long ripening. The growing season started off with rapid and even budding due to some warm spikes in the middle of September. Abundant rain fueled the growth of the vines under mild temperatures, where we managed to avoid any mildew issues with a massive deluge of rain in the middle of Pinot noir and Chardonnay flowering in late October. The rest of the growing season was characterised by mild temperatures and intermittent rains, with another substantial rain event during veraison. The harvest months of February and March saw us picking in between weekly rains. Botrytis rot was rampant in much of the valley though our crop losses were fortunately negligeable. The bulk of our Chardonnay and Pinot Noir were picked in late February and in to March. The Pinot Noir averaged 105 days of ripening from flowering to harvest, the first time we have exceeded the 100 day mark, that saw beautifully evolved and complex flavours with concentration and fine, ripe tannins. The white wines of 2020 also express remarkable definition and depth due to the length of ripening. In contrast with the norm, we had to wait patiently for ripeness instead of being chased by it.
These Chardonnay vineyards were harvested between 6 – 25 February.

Winemaking
The grapes are handpicked and packed in to small, shallow crates to limit crushing of the bunches. The day’s harvest is cooled down overnight to 8ºC in the winery’s refrigerated cold room. The grape bunches are hand-sorted on a conveyor table and fall directly to the press for whole bunch pressing. The best quality juice (approximately 40% of the press yield) is drained directly to barrel, with the balance settled by temperature only (no enzyme used) and racked the next day to barrel for spontaneous fermentation. No sulphur is used in the winemaking, allowing diverse micro-organisms from the grape itself to flourish unrestrained in the fermentation.

Maturation & Bottling
Matured for 11 months in barrique (228L) and puncheon (500L) barrels produced in Burgundy and custom made for these vineyards. The format size of barrel varies from vineyard to vineyard, depending on vine age and the power of expression of each site. Tighter grained oak is preferred for subtle flavour, with longer seasoning and slower, lower temperature toasting. New oak comprises 27%. The wine is racked to stainless steel for another 5 months of élevage. No fining, coarse filtration and sulphur adjustment before bottling.

LOCATION & CLIMATE
These vineyards lie on the mid slopes at altitudes of 240-260m, in the porphyritic Granite soils of the Upper Hemel-en-Aarde Valley. This appellation ranges from 4 to 8 km in proximity to the Atlantic Ocean. The climate is cool and temperate, where parallel mountain ranges channel the southerly oceangoing winds through the appellation during the summer. These southerly winds in turn create regular sea mists and overcast conditions, moderating the temperatures in the valley. The annual rainfall is 850mm, with 50% falling in the winter months (May – August).

Try it with seared oily fish like Salmon or Trout, or an asian inspired sesame crusted Tuna steak. 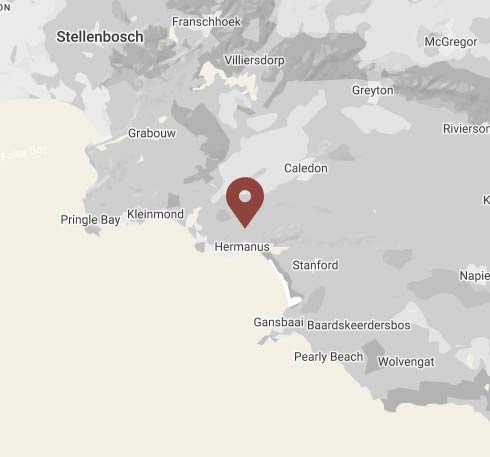 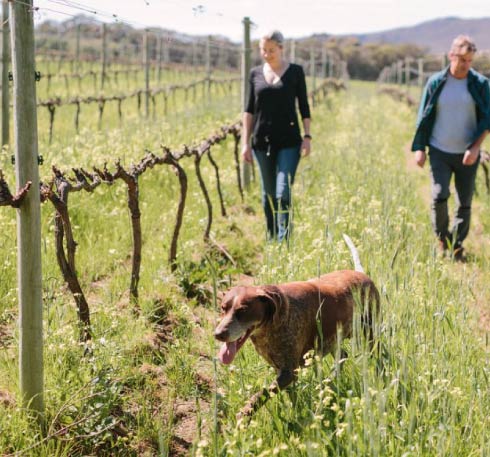